Back to: Restore A Deck Products

Restore-A-Deck Stain Stripper is the only concentrated powdered wood stain stripper that is specifically designed to be injected through a pressure washer. RAD Stripper may also be applied using a garden type sprayer.

When RAD Wood Stain Stripper is applied using a pump-up sprayer, it is twice as potent and able to remove most transparent, semi-transparent and even semi-solid wood stains. It is also excellent for getting rid of failed semi-transparent acrylic stains. Coverage rates when applied with a pump sprayer are 100-200 sq. ft per gallon.

After using Restore-A-Deck Injectable Stain Stripper, the wood needs to be neutralized with the RAD Step 2 Brightener.

*Will not remove solid color stains, paints, or polyurethanes.

Use the Restore A Deck Stripper kit for removal of old transparent and semi-transparent coatings. 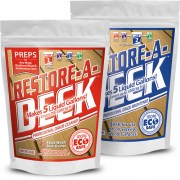 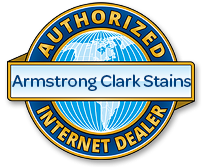